Hope For The Nations is a branch of Abide Ministries that exists to bring the gospel to the unreached people groups on college campuses. 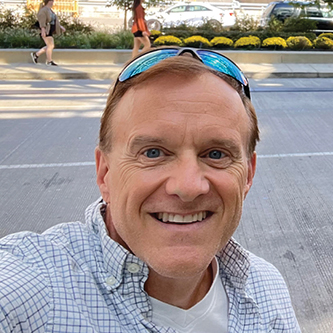 About Hope For The Nations

When John Allen began working in college ministry over 25 years ago, the vast majority of the students he met had gone to church growing up or had some sense of who Jesus is and what his teachings say. However, every year since his start, the percentage of students who went to a church has been decreasing. On many campuses that percentage has dropped from 70% to at most 20%. At the same time, most of the college ministries have remained focused on reaching out to the presently Christian student or students who have some church background, creating few opportunities for those who have never encountered the gospel of Jesus Christ.

John’s newest endeavor, Hope for the Nations, is focused on reaching college students who are unreached and untouched through current ministries. Beginning at University of Michigan Dearborn and Henry Ford Community College, John and his team are working daily to engage with students who have little gospel exposure, including many students from other nations where it is difficult to share the Christian faith. Based on intial campus surveys, no more than 20% of the students have attended a church when they were young, and most would declare themselves Muslim, Hindu, or None (such as atheist or agnostic).

Although the populations are diverse, the methods remain tried and true: free meals, gospel discussions, and subsequent bible studies continue to draw audiences on each campus, with over 80% of the attendees having no church background. The friendships formed within these environments open doors for more faith discussions, modeling Christ and his desire to meet with anyone willing to hear his words.

While Hope For The Nations has roots on two campuses now, there are plans to grow the ministry on other campuses locally and regionally, empowering new missionaries to go out to an increasingly large harvest field of potential Jesus followers. Through his experience in evangelism and training, John is well-positioned to lead a new generation of leaders to make disciples of all nations alongside your partnership.

Donate to Hope For The Nations

In order to help Hope for the Nations bring the gospel to unreached people, we invite you to make a one-time or recurring donation which will be designated toward the work of our branch Hope For The Nations. All gifts given are tax deductible. Abide Ministries partners with Donorbox to enable donors to make one time and recurring donations, while allowing them to manage their own giving in a safe, secure, and reliable environment.

Online gifts can be made using the form on this page, or at https://donorbox.org/hopeforthenations. You can make one-time or recurring gifts using credit cards, debit cards, or bank transfers. All transactions are processed through Donorbox (a Stripe partner) for the highest level of security and convenience. Once you make a gift, you can manage your gift at www.donorbox.org.

Please add “Hope For The Nations” to the memo line of all check gifts. For any questions regarding giving, please email [email protected]

Most U.S. brokerage firms can quickly and easily transfer your gift of stock or mutual funds to Hope For The Nations electronically. Click here for details to give to your broker.

If you are age 70 1⁄2 or older, you can make gifts from your Individual Retirement Account (IRA) directly to Hope For The Nations without paying income tax on the withdrawal. Click here for instructions on how to make an IRA Charitable Rollover.